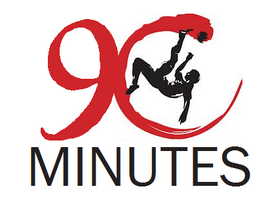 YOUR FOOTBALL SOURCE IN KEMBURG


90 Minutes is a Kemburg football magazine owned by Star Media International. It is comparable to Total Football in Brunant and Voetbalkrant in Libertas.

27 October, 2013- Tattington Road were visited by The Town and suffered a heavy-handed defeat thanks to a marvelous Jonathan Woodgate treble, spoling Le Tissey's hero-antics at scoring the opener for the Dragons. Peterham saved a 1-1 home draw versus North Beach and a Bally brace ensured that City lost 2-3 at home to the Battery.

THE TOWN DRAW WITH BELMONT AT HOME

20 October, 2013- The Bellside-Town derby ended in a disappointing draw for Brookebury Town. The Town took an early lead via Alcook in the 11th minute but a very late equalizer by Belmont ended the match 1-1.

Retrieved from "https://kemburg.fandom.com/wiki/90_Minutes?oldid=6685"
Community content is available under CC-BY-SA unless otherwise noted.